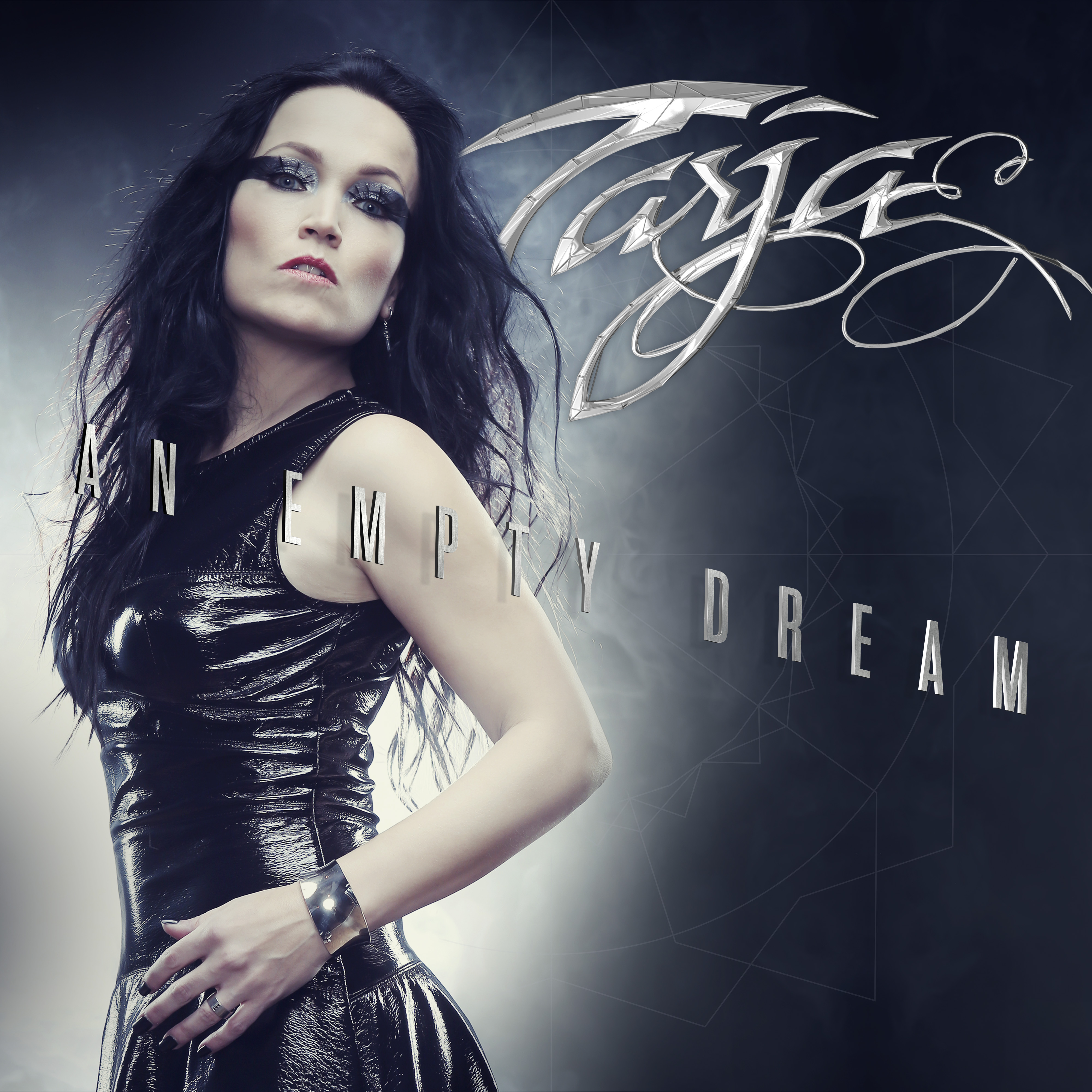 Today, Tarja surprises the fans that weren’t able to attend one of her many festival performances this summer by releasing a digital single bundle for her song “An Empty Dream”.

Says Tarja: “The song ‘An Empty dream’ was presented to me by the film director Mariano Cattaneo in Argentina. I gave it a listen, liked it and wished that I could work on it myself, in order to make it sound more like me. I rewrote the English lyrics after watching the movie and worked on the melodies. I also wrote the complete music for the middle 8 part. The movie version of this song is the vision of the composer and the movie director and the one you can find on my album is my vision of it. Just a bit different :)

We filmed a music video for the song in Buenos Aires at the same location where the movie itself was filmed. An old abandoned factory. Seriously a spooky looking and feeling space. I had the pleasure to work with the main actress of the movie, Ariadna Asturzzi, in the shootings and had a lot of fun with her and the rest of the film crew.

When I was thinking which song to add to this special single release from my latest album ‘The Shadow Self’, the song ‘Undertaker’ immediately came to my mind because it is a very score kind of song and I wrote it together with film composer Atli Örvarsson.

I had a big pleasure to visit Genelec’s Artist Room in Helsinki, Finland not so long ago. It was lovely to sing and record live and acoustically two very different kinds of songs, of which you can find the studio versions on my ‘The Brightest Void’ album. When I am singing these songs accompanied by acoustic instruments only, they become new to me and I really enjoy interpreting them all over again. It is interesting to see every time what is the outcome! I hope you enjoy these versions as much as I do.”

Having released not one but two studio albums in 2016, Tarja’s brand new digital single bundle revolves around “An Empty Dream” from her prequel “The Brightest Void”. The song that has been re-written and re-worked for the release of her studio album has its origin in the soundtrack of the Argentinean movie “Corazón Muerto”. The two versions, both different in their atmosphere, are included in the digital single bundle and, without a doubt, get under your skin with their gentle, romantic but yet horror movie feel.
Tarja’s crystal clear voice is only accompanied by a piano on the two beautiful, previously unreleased renditions of “House Of Wax”, a cover of Sir Paul McCartney’s overlooked gem, and her own “The Living End”. The stripped down versions have been recorded at the Genelec Artist Room in Helsinki, Finland this April.
The single bundle also includes one of Tarja’s favourite songs from the sequel album “The Shadow Self”, the delicious slice of symphonic metal “Undertaker”, as well as the official video to “An Empty Dream”.

THE BRIGHTEST VOID – THE PREQUEL

THE SHADOW SELF - THE ALBUM

THE BRIGHTEST VOID – THE PREQUEL 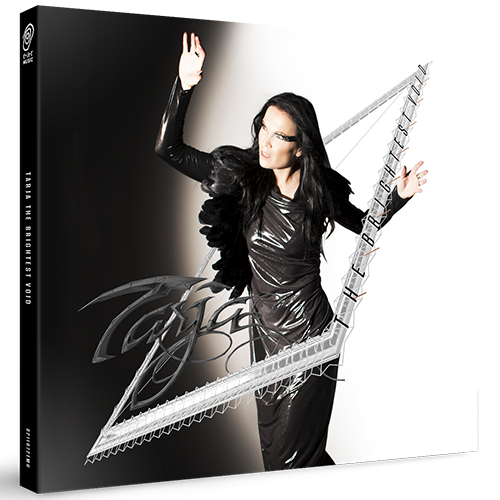 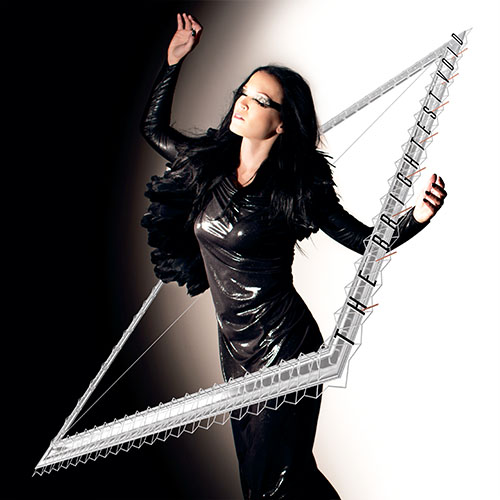 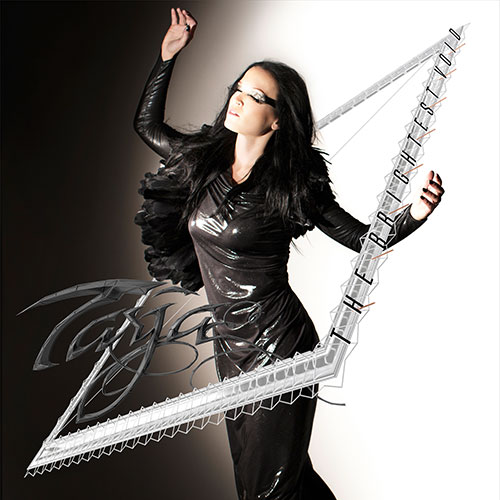 THE SHADOW SELF - THE ALBUM 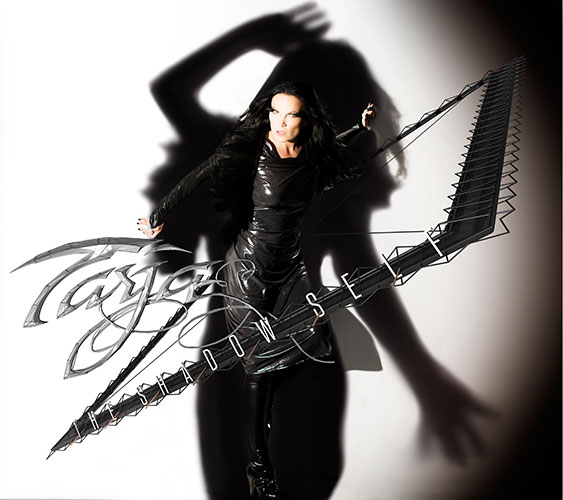 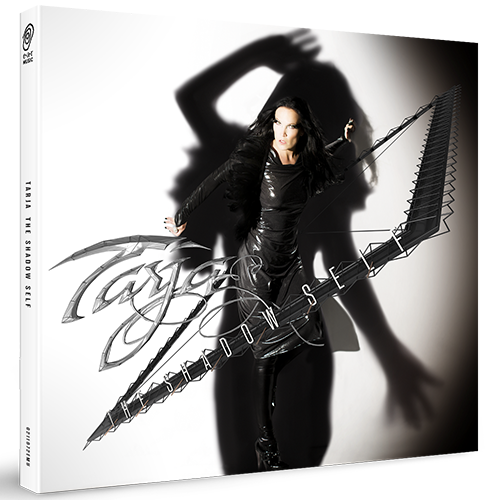 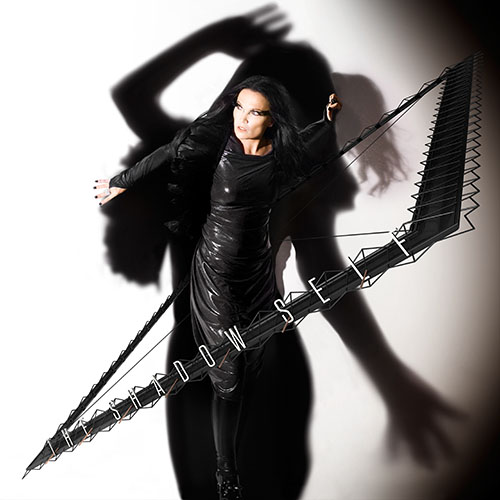 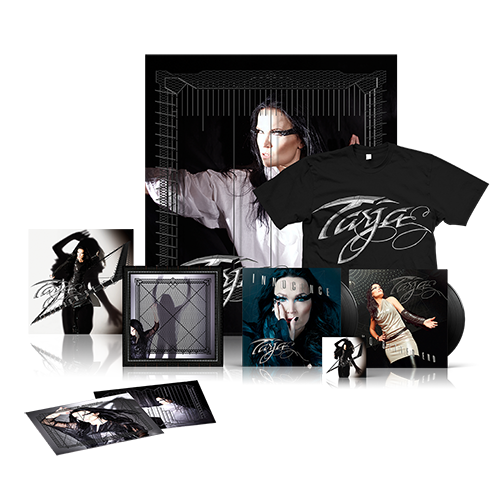 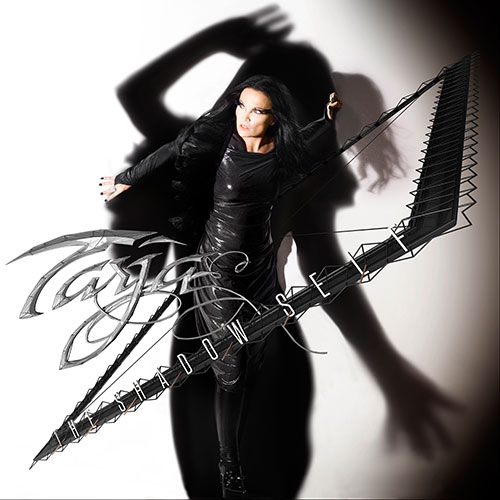 The Shadow Self – Tracklist

– ONE WEEK PRIOR TO ITS RELEASE

One week prior to the official release of Tarja’s upcoming album, the prequel “The Brightest Void” is now available exclusively for streaming. The first of two albums to come this summer will be exclusive to Apple Music for one week, after which it will become available on other music streaming and download services as well as being physically released as CD Digipak and LP+Download Code on earMUSIC on June 3rd, 2016.
It is the first time that fans will be able to listen to new songs from the most successful Finnish solo artist until the release of the new studio album “The Shadow Self” on August 5th, 2016.

“The Brightest Void” is available for streaming on Apple Music now

TARJA ANNOUNCES THE RELEASE OF “THE BRIGHTEST VOID” - THE PREQUEL

AND REVEALS COVER ARTWORK AND TRACKLIST.

While waiting for August 5th and the release of Tarja’s new album “The Shadow Self”, the queen of heavy rock has yet another surprise for her fans:
Tarja and earMUSIC proudly announce the release of the new album’s prequel “The Brightest Void”. With over 50 minutes of new music, the extra album will sweeten the wait until August!

“Surprise, surprise! I genuinely hope that ‘The Brightest Void’ is a pleasant surprise to each and every one of you. During the long process of recording the songs for my new studio album ‘The Shadow Self’, I realised that there were so many tracks, too many too dear to me, for just one album. So this time I decided to keep nothing for myself and to share all my favourite new songs with you, the fans, who have shown such passionate and constant support.
‘The Brightest Void’ gives more than a first taste of ‘The Shadow Self’; it is a full album filled with 9 songs! I am sure that everyone will immediately discover how much ‘The Brightest Void’ and ‘The Shadow Self’ are entwined with each other but, at the same time, are two independent records which stand on their own. I hope the release of the prequel sweetens the wait until August and that you will like the songs as much as I do. I will present songs from both albums already in summer festivals and in my headliner tour later this year.

As always, keep your eyes open. There might be further surprises down the road.”

“The Brightest Void” will be released on June 3rd, 2016 on earMUSIC as 1CD Digipak, 1LP+Download Code and Digital. The specially priced prequel to Tarja’s upcoming studio album “The Shadow Self” will be available for physical and digital pre-order starting on April 8th, 2016.

“The Brightest Void” features not one but three incredible guest artists: fellow Finnish star Michael Monroe, icon of the glam rock scene and former front man of inspiring band Hanoi Rocks; Chad Smith (who doesn’t need any further introduction) and a new mix of Within Temptation’s collaboration “Paradise (What about us)” carried out with Tarja and world renowned sound engineer and producer Tim Palmer. The prequel presents Tarja’s new single “No Bitter End” as the album opener and furthermore shakes you with an incredible cover of Sir Paul McCartney’s overlooked gem “House Of Wax” and adds a new twist to Dame Shirley Basseys’ James Bond main theme hit “Goldfinger”.

Tracklist “The Brightest Void”
1. No Bitter End -Video Clip Version-
2. Your Heaven And Your Hell -with Michael Monroe-
3. Eagle Eye -with Chad Smith on drums-
4. An Empty Dream
5. Witch Hunt
6. Shameless
7. House of Wax
8. Goldfinger
9. Paradise (What About Us) -New Mix of the collaboration with Within Temptation and Tarja

I've circled the mountains,
the forests,
across the nights.
Over the land that I have seen
where the wind swept my heart clean.

Washed the pain,
time in vain
thinking of tomorrow.
Dust of shame
no more rain
brush away my sorrow.

Scared to loose the fight
with what’s in me.
Found another side,
the darkest thoughts,
the deepest sea
where sun and moon arise.
It's me.

Here with you now
lights in the air
devoted.
No yesterday
dying to live
this moment.
Growing stronger,
taking over.

Dress them in silk
black as the night
where no one can see.
Paint them with dirt,
shallow their graves,
silent their names.

These amazing musicians helped Tarja with her new creation: 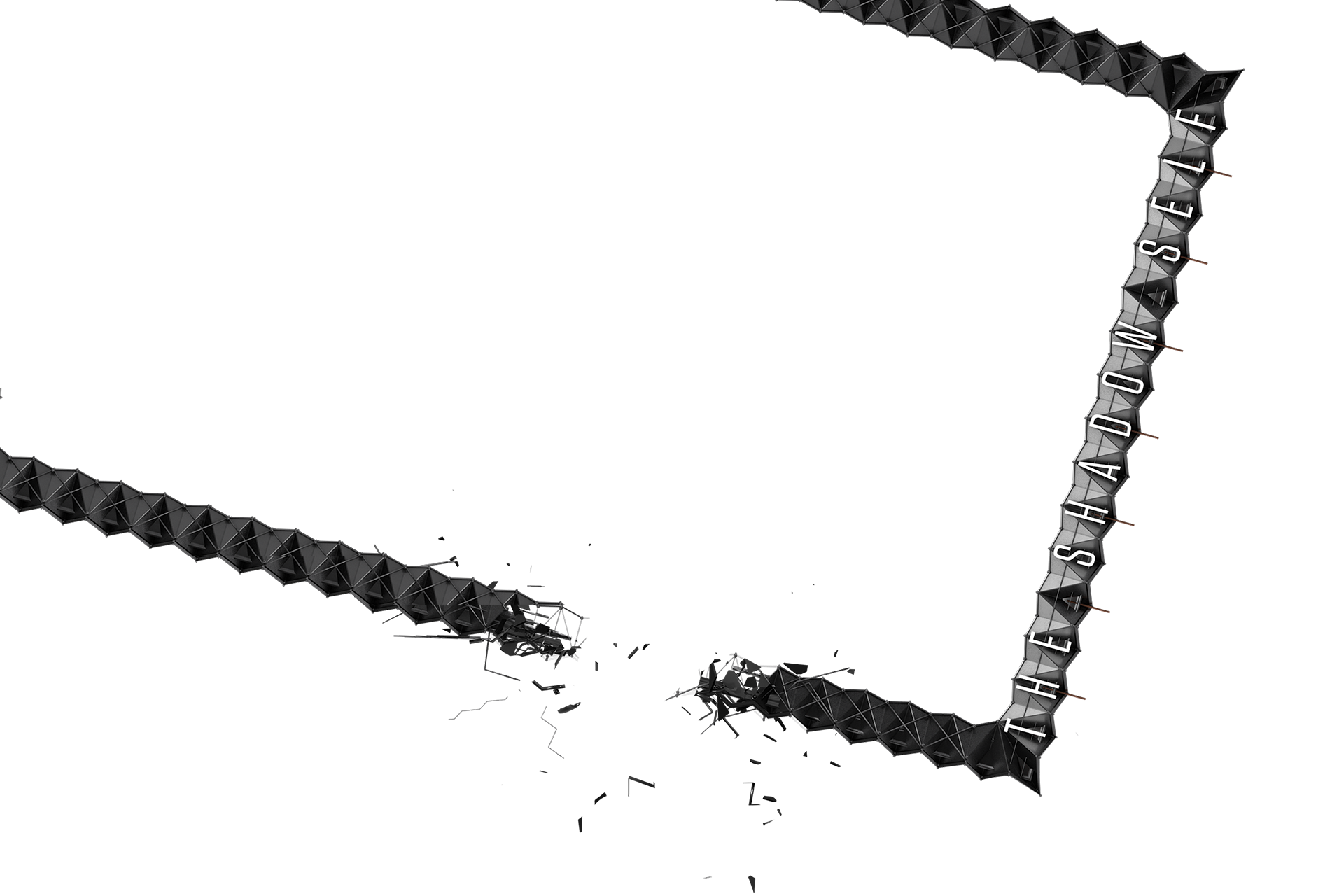